The Northern Plains Map is obtained from Popola during the Prologue 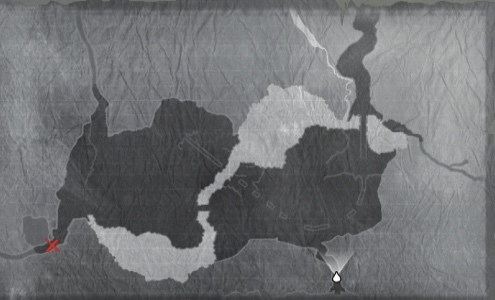 Northern Plains is accessed from the Village through the northern gates.

The Northern Plains is a large open field just beyond the northern gates of the Village that leads to other locations.

Locations accessible from the Northern Plains:

The fields are inhabited by Sheep, Goats, Lizards (found near the cliffs to Junk Heap) and the occasional Wild Boar for harvesting materials.

Occasionally Shades can be found roaming the area as well, and even more so in Act II.  When Shades begin to overcome the fields, its natural inhabitant population will decrease and fewer animals will be found. The spawn rates of the Shades in the area vary according to the random weather patterns.

These Materials are dropped from Shades in this area:

There are no Clients for Quests that roam around in the area, but a few quests will require NieR to gather or harvest materials that can be located in the Northern Plains.

In Act II, NieR will hear of a large Shade terrorizing the bridge in the Northern Plains, though this Shade will be hard to catch as it is said that it has a tendency to appear out of the blue and disappear very quickly. Defeating the Shade is an optional Side Quest