DLC for Nier Replicant refers to additional downloadable content that was not available during initial purchase of the original game. DLC can be pre-order bonuses, Collector's Edition bonuses, free additional packs, paid packs and expansions, rewards, extra gameplay. All information regarding DLC will be listed here when known. 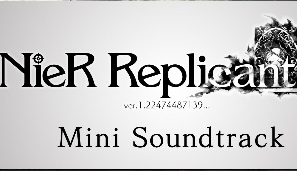 Other digital bonuses are available for each platform as well: 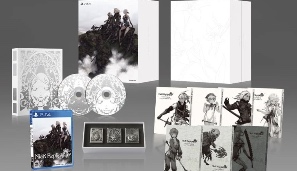 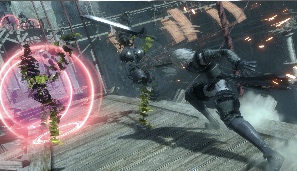 Purchasing the World of Recycled Vessel will give you around an hour of extra fighting gameplay on the DLC.  You will be facing a new species of Shades to new mixed track of the game. You will also gain three mission packs, 10000 experience points, and be rewarded with two costume changes and three new weapons, 50,000 gold in your original game.

"This is the world of the recycled vessel, created to avoid destruction of all"

The World of Recycled Vessel is currently the only available DLC for NieR Replicant as well as NieR Gestalt. It is sometimes listed as 15 Nightmares.  It was released on Xbox Live Market place and Playstation Network on April 27, 2010 and is currently available for purchase for $6.99.

The World of Recycled Vessel does not have a storyline on it's own, but it briefly will mention his wife or mother's diary prior to her death to Grimoire Weiss before bringing NieR to a series of a total of 14 environments or maps to fight the Shades, and you will be playing as younger or older Nier depending on the version of the game you were playing. The bosses in the original game will not make an appearance here, but there are some boss fights that will appear as some of the bigger Shades with armour.

The game is divided into three doors. If you die before reaching the next door, you will have to start from that same door again. There are multiple areas per section, and once that is complete it will transport you to the next door to progress. Once you unlock a door, it will remain accessible.

There are no cutscenes or dialogue except during the introduction and ending.

After completing the first two doors, you will unlock new costumes for you to use in the original game. All three characters, NieR, Kaine and Emil will be able to use them except during cinematic cutscenes.