NieR: Replicant ver.1.22474487139... is an action role-playing video game, and the prequel to NieR: Automata of the NieR game series. It is collaboratively produced by developers Toylogic and Square Enix as a remake of  the game NieR: Replicant, previously released in 2010 exclusively in Japan. First announced on March 29, 2020, NieR Replicant ver.1.22474487139... is set to launch globally on April 23, 2021, featuring brand new soundtracks, mechanics rework, and a complete visual overhaul.  It will be available on the PlayStation®4, Xbox One, and PC.

NieR Replicant ver.122474487139... takes place in a distant future where the world is in a state of turmoil. Strange beasts known as Shades roam the Earth, and the Black Scrawl disease plagues humanity. The player assumes the role of the Protagonist, a young man in relentless pursuit of a cure for his little sister, Yonah, who had fallen ill from the disease. Though the game progresses linearly through a main story line, the adventure is packed with side quests and open world fights, and decisions made by the player eventually lead to different endings.

A thousand-year lie that would live on for eternity...

NieR Replicant ver.1.22474487139... is an updated version of NieR Replicant, previously only released in Japan.

Discover the one-of-a-kind prequel to the critically-acclaimed masterpiece NieR:Automata. Now with a modern upgrade, experience masterfully revived visuals, a fascinating storyline and more!

The protagonist is a kind young man living in a remote village. In order to save his sister Yonah, who fell terminally ill to the Black Scrawl, he sets out with Grimoire Weiss, a strange talking tome, to search for the "Sealed verses."

Experience the NieR Replicant story for the first time in the west through the eyes of the protagonist as a brother. 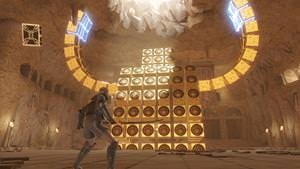 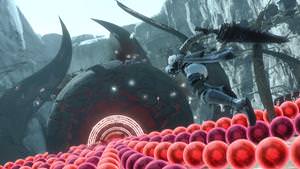 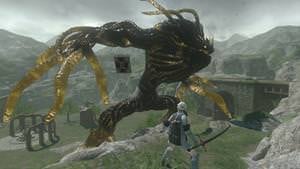