The Forest of Myth is a location in NieR Replicant. It is a small village filled with bright and talkative people according to Popola, and houses embedded into the barks of their large tree trunks.

The Forest of Myth Map can be bought from the Item Shopkeeper at the Village for 500 gold. 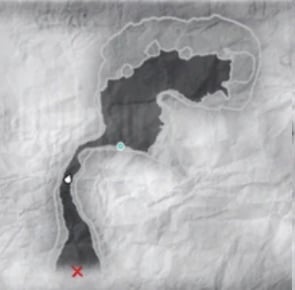 The Forest of Myth is accessed from the Village through the northern gates and the Northern Plains.  It'll be across the entrance of The Aerie, towards the northwestern direction.  The entrance will be a stone wall with a metal gate through a small valley.

The Forest of Myth is swept by a disease called the Deathdream. Those who caught it were to fall asleep and live forever within the world of their own dreams. It is spread from person to person by spoken words, but before he could learn more, the disease took him as well.

An iconic landmark of this village is the Divine Tree in the center of the village. It is said to be the guardian of the village's history and memories. Though Weiss believes is all to be superstition, until the Mayor explains that the power is not from the gods, but from words. The tree is home to a Sealed Verse.

To be able to converse within while he has been taken over by the Deathdream though could only mean that they themselves have been taken as well. They eventually find a way to look for an exit and are tasked with rescuing the rest of the villagers and solving the riddle of their dreams.

There is only one available Quest client in the Forest of Myth. The Local Fortune teller makes a request for NieR