Underground Laboratory is a location in NieR Replicant. It is a secret facility underneath Emil's Manor that has an Archival Storage Room and Planning room that may contain information on Emil's abilities. 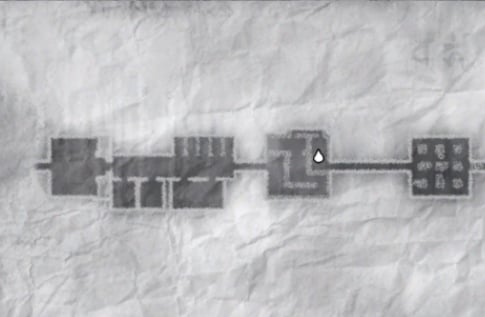 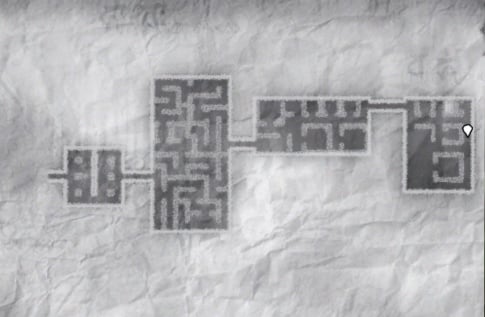 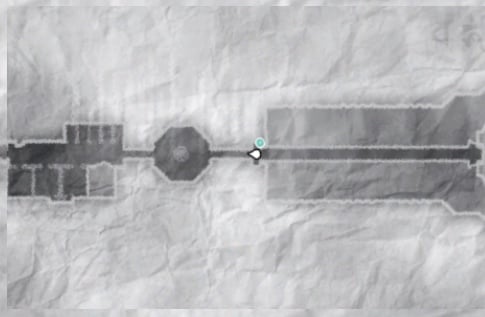 Underground Laboratory is accessed from the courtyard of Emil's Manor.  The entrance is revealed when interacting with the fountain. The entrance to the facility will open underneath the flight of stairs

Emil discovers the secret facility while searching for a cure for his ability. He instead discovers a document from the Snow White Plans regarding some experiments held underneath the manor. He finds out about an archival room that holds records on the methods used to control and/or cancel all forms of magic-- including petrification and bestial transformation.

Venturing through the underground lab changes the perspective of the map to a top view. There are plenty of items hidden in the corners of this location, such as key cards to the locked doors and documents with information about the experiments.

NieR first visits Underground Laboratory when Emil sends him a letter to come back to the Mansion. Emil shows him the newly discovered Snow White Plans from 2024.  Both NieR and Emil venture to see what they can find under the Manor. Since Emil joins NieR, he has to make sure Emil does not fall behind since he is significantly slower. The game will remind you if Emil is falling behind.

Clear all the Shades in each area, and locate all the key cards to keep progressing to the next doors while collecting documents on the Snow White Plans (there will be about 3). This will slowly trigger Emil's memories until they reach a final door.

There will be a mailbox to save your progress before proceeding to the boss fight against experiment Number 6.

Emil will discover his part in the experiments and realize Number 6 is his sister, Halua. He still insists that she will be the solution to gain the ability to reverse petrification. She then proceeds to swallow Emil to initiate a boss sequence. Number 6 will be able to climb on walls and project magic orbs outwards in s radial pattern and then curve back inwards. Use magic until her HP is depleted. The bar replenishes a few times before her final defeat.

Emil merges with his sister and undergoes the beastial transformation at her final defeat but gains her abilities as well.

If NieR returns to Emil's Manor anytime after the discovery of the Snow White Plans, NieR has the option to return to the Underground Laboratory for a Quest request from the Butler. He wants NieR to look for more information on how to revert Emil to his original form. (A Tale of the Study quest must be completed first)