Desert is a location in NieR Replicant. It is the main route to the Facade, infested with wolves and occasional sandstorms.

The Desert Map can be purchased from the Item Shop in Facade for 500 gold, once NieR progresses to Facade in the storyline. 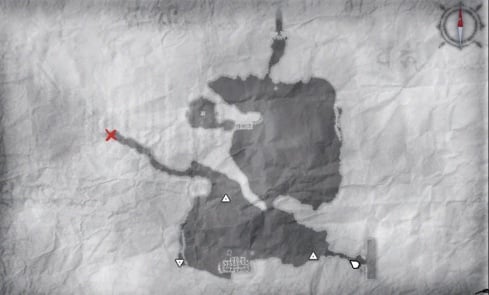 The desert is the route towards the city of Facade. It is filled with wolf packs and poisonous scorpions. The den of the wolves is also located in the middle of the desert, with the wolf pack leader known to be Roc, the Shade wolf.  The area is swept with occasional sandstorms, only to find out later on that shades have been hiding in the density of the sandstorms which would explain the number of Masked People going missing in the desert.

Crossing the desert is also necessary for the journey to the Barren Temple.

These Materials can be found in this area:

NieR is tasked with a few Side Quests that require him to through the desert. They also go on a hunt in the desert in Act II for the den of wolves to seek vengeance for the death of the Queen.