Shade Wild Boar is a Boss in NieR Replicant.  She is generated from baby Shades and follows NieR around the Shadowlord's Castle till the final stages.

The Wild Boar will be located in the Ballroom of the Shadowlord's Castle after NieR clears the room of Shades and Kainé opens the door to the next room.

The Wild Boar is morphed together from the baby sphere Shades that fall on Kainé the moment she opens the doors out of the Ballroom.

The second playthrough reveals the Shades' thoughts and unspoken dialogue throughout their encounter.  The baby spheres are heard crying and the mother Shade is furious at the amount of Shades NieR has killed off so far. We then eventually find out how human-like these Shade still are. She begs NieR to spare them, but her cries fall on deaf ears. The mother Shade treats all the baby Shades as her children and tells them not to be afraid and come to her. She absorbs them forming the large Wild Boar figure.

Because of the sheer amount of Shades she is formed from, she is able to regenerate and gain armour after the first defeat. She eventually meets her demise when the King of Facade and his Masked Soldiers arrive.

The Boar is a resilient boss that NieR will keep fighting for the next 3 boss sequences, following him in each room. She forms after the exit from the ballroom is opened and the scared baby Shades are called upon by the bigger Shade. Her defeat in the ballroom will lead her to regenerate with an armour. NieR will still be able to progress to the next room but she will follow.

The Wild Boar Shade continues to follow them up the spiral staircase into the next rooms until she is sealed in the room and unable to follow NieR by the Facade Masked Soldiers and the King of Facade. 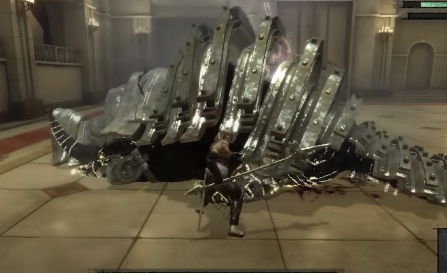 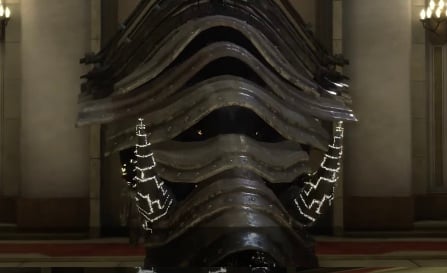 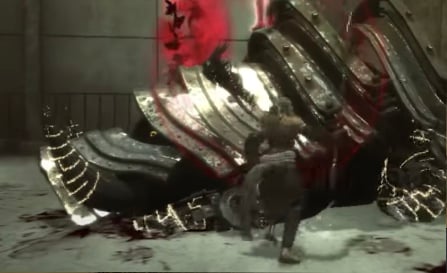