Hansel and Gretel are one of the Bosses of NieR Replicant. They are the stone twin statues that act as guardians of Grimoire Weiss on the roof of the Lost Shrine.

After clearing the Shades in the Lost Shrine and arriving at the top floors of the Lost Shrine, Hansel and Gretel will be Located in the last room beyond the large doors where Grimoire Weiss rests. It is the next room just after the mailbox save point.

Hansel and Gretel are the stone twin guardians in the center of the last room of the Lost Shrine, they will first appear as the stationary beings standing guard beside Grimoire Weiss.

During the second playthrough, they are revealed to be sentient beings as Gretel mourns the death of Hansel after NieR slays him in the Lost Shrine. She communicates with the Shades in the room and tells them that since Grimoire Weiss is gone and Hansel is dead there is no reason for her to exist anymore.

The small Shades befriend her and give her a sense of hope and friendship.

Her defeat will reward NieR with the Stone Guardian Key, Key Fragment.

Hansel and Gretel will be first encountered after NieR clears the final room of the Lost Shrine of Shades, and Grimoire is released they will start to attack. Their defeat will lead to the collapse in parts of the Lost Shrine. NieR permanently ends Hansel, but Gretel survives.

When NieR returns to the Lost Shrine in the second part of NieR Replicant in search of the Shadowlord's Castle, Gretel will be on her own and initiates a boss fight sequence with only one arm. During their fight, she manages to impale Kainé, causing her to lose control of her inner Shade.

During the second playthrough, Gretel's dialogue can be seen as she tries to defend the Shades in the chamber desperately trying to get NieR to leave them alone. She considers the Shades as her friends, and with Hansel gone, she has nothing and no one else to live for. Gretel defends them to death.

We are mocked, abused, and hated, but our friends keep us strong!  That is what keeps us going 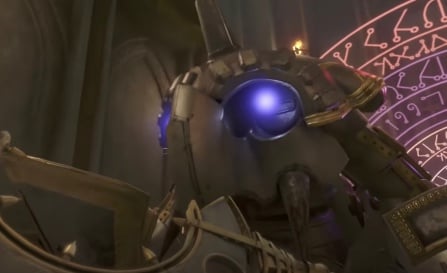 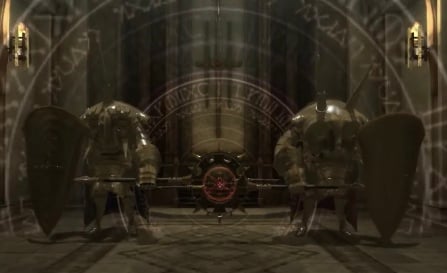 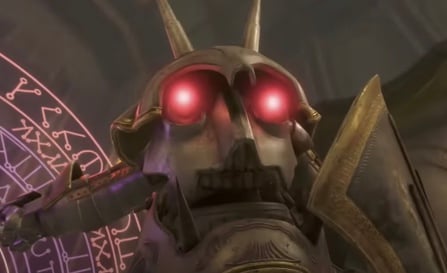