Hook is one of the Bosses of NieR Replicant. Hook is the giant reptilian Shade that lingers around The Aerie.

Hook will be first seen at the area of the deserted tent between the Northern Plains and The Aerie, where Kainé resides.

Hook is a reptilian lizard-looking Shade with a claw as an appendage instead of tail. It has some sort of hypnotic abilities and was able to speak to Kainé impersonating her grandmother, Kali.

Hook and Kainé have had a history of run-ins in the past as seen in Kainé's Dreams during a second playthrough. The Shade is responsible for destroying her home and taking her grandmother's life. During their previous run-ins, Kainé had been so severely injured but was saved when Tyrann, the Shade, possessed her, creating her half-Shade essence.

Hooks attack on Kainé caused her drive to hunt Hook down and kill Shades to avenge her grandmother's death.

Hook is first seen on NieR's first trip back from The Aerie. Kainé will initiate a boss fight sequence first that is interrupted by Hook, initiating another boss fight.

Warding Hook off the first time will reward NieR with a Sealed Verse.

Hook appears a second time during the next visit to The Aerie. NieR will encounter Kainé.  She is seen fighting off a hoard of Shades and informs NieR that they have taken over The Aerie village. Once NeiR approaches the center platform of the Aerie, Hook will appear again.

Defeating Hook will reward NieR with another Sealed Verse. 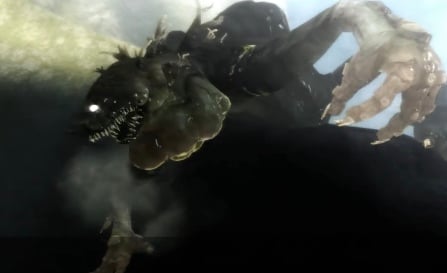 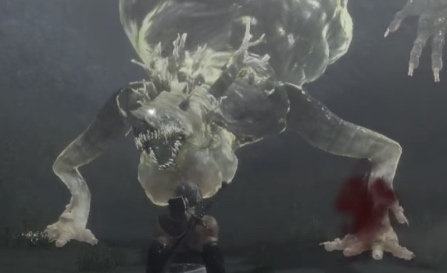 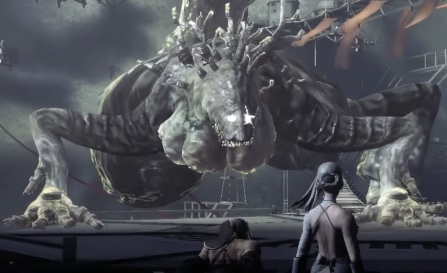