Shahriyar is a Boss in NieR Replicant. It is the essence that protects the Barren Temple and its many rules.

Shahriyar is located in the last chamber of the Barren Temple once the trials of all the rooms have been completed. Completing the trials would unseal the door that leads to the final room.

Shahriyar is formed out of the magic block cubes of the Barren Temple. Throughout the many rooms and trials of the temple, if a rule is found to be broken, one of the blocks will come and escort the rule-breaker out.

The King of Facade (Prince of Facade at the time) is no exception to these rules and is seen being escorted out of one of the temple chambers only to be found in the midst of Shahriyar's body when he is encountered.

The multiple formations of the temple cubes make up the boss, Shahriyar.

Shahriyar is encountered when searching for the Prince of Facade in the Barren Temple. The prince will be in the grasp of Shahriyar at the end of the temple.

Defeat Shahriyar to free the Prince and return him to his people in Facade. He will then ascend to become the King of Facade and offer NieR the sword, Rebirth. NieR will also obtain another Sealed Verse. 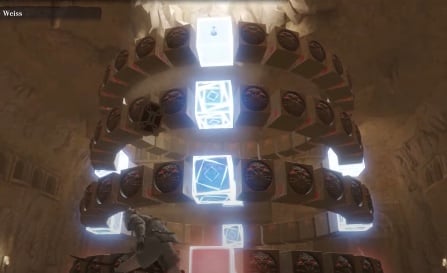 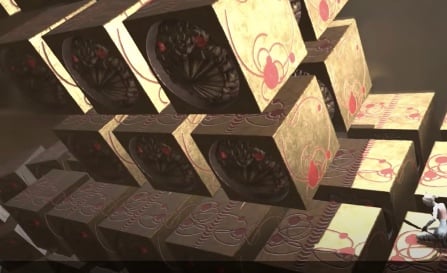 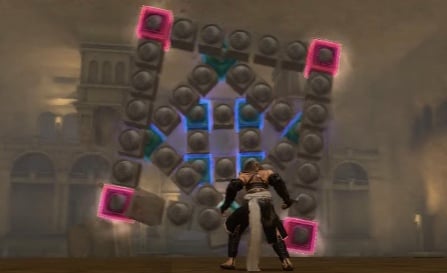