He will be summoned to the final room of Junk Heap during NieR's first visit when an intruder alert is triggered.

Gepetto is a Defense System Robot built into the Junk Heap as an extermination protocol to defend the area from intruders. He has a series of features such as laser fingers, releasing robot clusters, turrets, and tracking missiles.

NieR will encounter him when he enters the Junk Heap for the first time after interacting with Jakob and Gideon from Two Brothers Weaponry to upgrade his weapon. They do not have the necessary materials for the upgrade and so NieR enters the Junk Heap himself to retrieve them.

They also have been worried about their mother who has gone missing for a few days and so NieR volunteers to go in and look for her. During his search, he will trigger an intruder alert and encounter Gepetto. 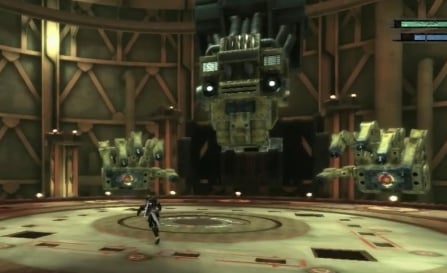 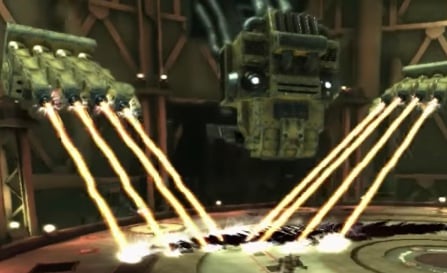 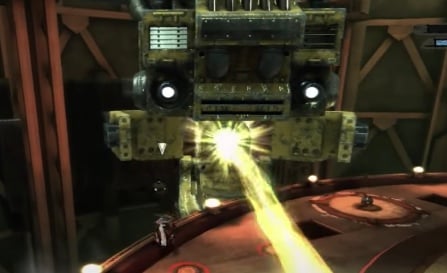