Iron Will is a Two-handed Sword in Nier Replicant and NieR Replicant ver.1.2247.

An enormous sword that grows heavier with every kill as blood and flesh cling to the blade.

Iron Will is gifted by Gideon at the Two Brother's Weaponry in the second part of the story.

Weapons can be upgraded by handing in the required materials and paying a fixed price at the Two Brothers Weaponry outside the Junk Heap. Upgrading Iron Will will give the following boosts to the weapon: 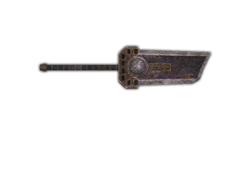 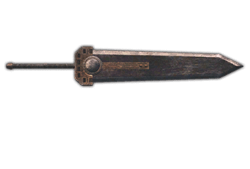 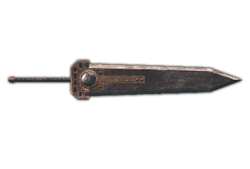 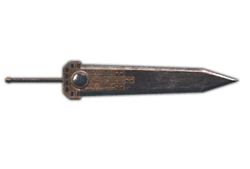