Project Gestalt was the underlying premise for the setting in NieR Replicant. The project caused the evolving process that eventually turned people into Gestalts or Shades.

Project Gestalt was the separation of human souls from their human bodies with the intention to restore them back into a new Replicant body. The project was launched when humans faced extinction and the earth was plagued with a lethal disease. The only way humans could survive was to temporarily live through it as Gestalts.

Devola and Popola were created as Androids and were alive since the early beginnings of the projects. They exist to oversee the success of the project and ensure Replicant shells were made available in time for when the human Gestalts needed it.

Throughout NieR Replicant, the full project is only revealed by Devola & Popola at the Shadowlord's Castle. They remind Grimoire Weiss of his purpose within the project and the Project Gestalt documents are revealed to him and can be briefly accessed in his menu. It is only then that NieR and his companions are informed that they are not the true humans, but the Replicants. 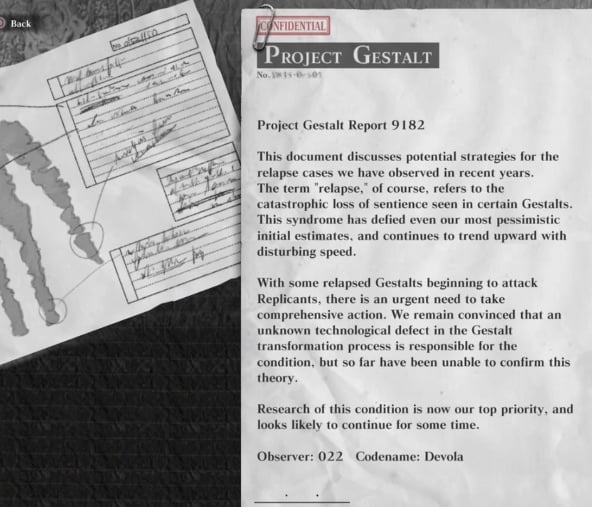 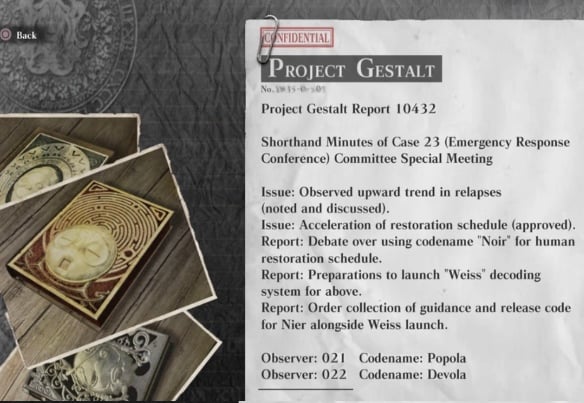