Nirvana Dagger is a One-handed Sword in Nier Replicant and NieR Replicant ver.1.2247.

A group of girls used this sword to consecrate a newly-built temple with their own blood."

Nirvana Dagger can be found in a box in the Lost Shrine, near the staircase.

Weapons can be upgraded by handing in the required materials and paying a fixed price at the Two Brothers Weaponry outside the Junk Heap. Upgrading Nirvana Dagger will give the following boosts to the weapon: 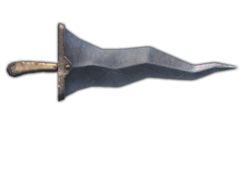 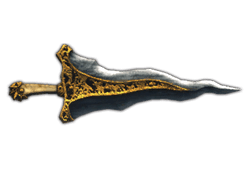