Rules do not exist to bind you, they exist so you may know your freedoms

Fyra was an outsider who came to Facade with no family and rough beginnings. She graciously dedicated her life to Facade and its rules as an indentured servant, vowing not to speak. She was known to be kind and gentle, and well-loved within the Facade community.

Spoilers: She later briefly becomes the beloved Queen of Facade, cut short by the Shade wolf who took her life during their wedding.

When NieR first meets Fyra, he was lost in the city of Facade. Unable to speak their language, they bump into Fyra who doesn't speak but communicates with her actions. Grimoire Weiss was able to translate what she was saying to NieR and she offers her a tour of Facade. Kainé does not join them and instead, she waits outside the gates while NieR and Grimoire Weiss find their way around the town. But as they end their tour, Fyra sees Kainé and recognizers her as her previous savior from the desert. Their reunion is interrupted by the news of the Prince going missing.

Early on in Act II, NieR is invited to the King of Facade's wedding. His bride is a now much older Fyra. Unfortunately, this wedding is disrupted by a pack of wolves that intruded from the desert, and it was here that Fyra met her untimely demise.

The King of Facade sought revenge on the wolves as time went by as Fyra was no longer the only victim, but it was in breach of multiple Facade rules. The King did not care about the rules, but his Advisor decided against it.  The Men of the Mask eventually informed him that he managed to obtain the blessing of every citizen for the war, so they now can wage war on the wolves without compromising the rules

Masked Advisor "Queen Fyra was a kind and gentle woman. All in our city loved her, did they not?" 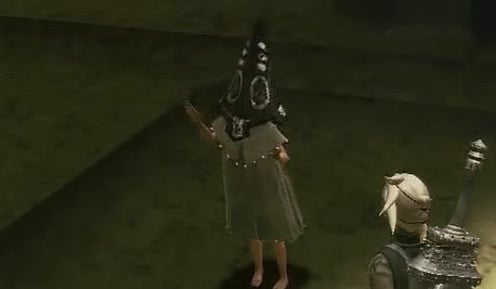 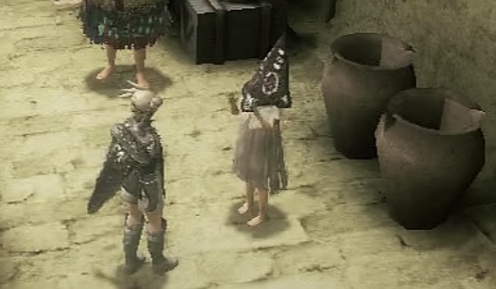 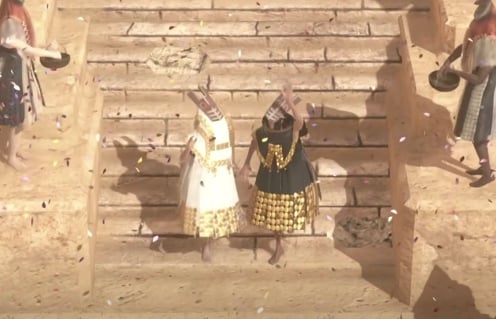