Dragoon Lance is a Spear in Nier Replicant and NieR Replicant ver.1.2247.

A spear that symbolizes a pact between a great warlord and an ancient dragon.

Dragoon Lance is found in the Shadow Lord's castle, in a box prior to reaching the spiral staircase.

Weapons can be upgraded by handing in the required materials and paying a fixed price at the Two Brothers Weaponry outside the Junk Heap. Upgrading Dragoon Lance will give the following boosts to the weapon: 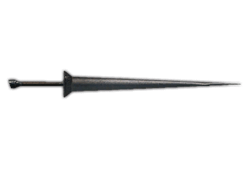 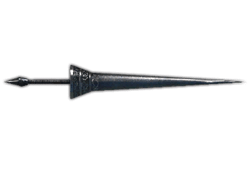 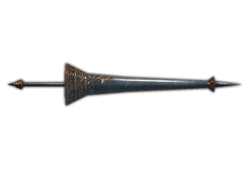 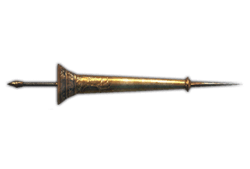